All Posts About Corfu

Home » All Posts About Corfu

Corfu is an island well worth visiting. To explore it and understand it two or three weeks are not enough. It is like a great work of art that reveals itself more and more the longer you look at it. Angelokastro was the westernmost outpost of the Byzantine Empire and the Despotate of Epirus to which Corfu belonged until 1267 AD, it is near the village of Krini north of Paleokastritsa.… Read More Corfu offers, and always offered, a vivid nightlife. If you want a more peaceful night out you can start your night out visiting one of the hundreds of traditional restaurants scattered in every corner of the island and especially in all tourist resorts.… Read More 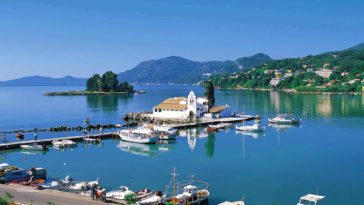 Everybody knows the picturesque Mouse island or Pontikonisi as the locals call it, at the entrance of Gulf of Halikiopoulos… Read More

Mon Repos Palace is a neoclassical building at the east of Paleopolis, the Corfu ancient city.
Built at 1830 by the British Commissioner Sir Frederick Adam in the beginning of the peninsula of Kanoni opposite the ruins of Paleopolis….… Read More This was originally a natural promontory offering in its rocks protection for the residents of the 5th century AD when the ancient city of Corfu was moved here after the destruction of the ancient city by the Visigoths.… Read More Annunziata, a monument of pan-European significance. At the intersection of Evgeniou Voulgareos and Vrahliotis streets in Corfu, is the Annunziata, a church devoted to the Annunciation of the Virgin Mary as well as to Santa Luccia, it was the Catholic Church of Lontsiada as the Corfiots knew it.… Read More 10 km south of the city and three kms north of the village of Benitses on the edge of the village of Gastouri sits the beautiful Achilleion(Achillion) Palace.
It was built by Empress Elizabeth of Austria who became known as the sad queen Sisi.… Read More If you fancy a journey in your imagination explore the site of the ancient city of Corfu, known as Paleopolis (Old City).
It was discovered after archaeological excavations during the last century. The city was founded in the 8th century BC by Dorian Greeks from Korinth.… Read More Due to rich historical and cultural heritage, the museums in Corfu are many and offer a wide variety of exhibits from Neolithic times to the present, there are also cultural museums dedicated to the rich intellectual life of the Ionian Islands, a bright example is Corfu Reading Society.… Read More 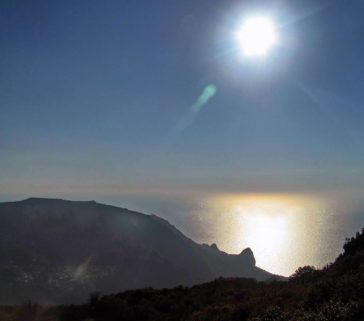 On an island like Corfu, with huge rainfall and rich and inexhaustible water table, one would expect that the water supply of the city of Corfu with plenty of good quality water would be an easy task, but this is not the case.… Read More Roman remains are not something many visitors associate with Corfu, but traveling around you can get glimpses which show you that their occupation was definitely not a quick holiday stop! Many conquerors have left their marks on the island.… Read More