A Beach in Paleokastritsa

Where to spend your Holidays in Corfu?

With its unsurpassed natural beauty, and one of the greenest and most fertile islands.

Corfu has welcomed Holidaymakers long before any of the other Greek islands.

Foreign travelers even earlier than 1900 admired its beauty. And by 1950 Corfu was well established as a favorite holiday destination.

Many people have chosen it as a second home or decided to live on the island.

In Corfu, you will find holiday destinations with everything.

Picturesque mountain villages that look like the time had stopped.

Cosmopolitan tourist resorts with large hotels that offer all comforts.

Places with lively nightlife, huge cosmopolitan beaches, and quieter tourist resorts. With an emphasis on the beauty of the environment.

The tourist infrastructure is among the best and largest in Greece with hotels for everyone. Also, a large number of rooms and other accommodation scattered around the island.

Resorts and Destinations in Brief

There are many holiday resorts and marvelous destinations on this magnificent island. Suitable for everybody. Looking for brief tourist guides about all? See them all below.

It is almost impossible to count all resorts. But the most important starting from the northwest and going clockwise are:

At the westernmost cape is Arillas village. Followed by Agios Stefanos of Avliotes. Peroulades and Sidari with the famous Canal d’Amour beach. Roda, Acharavi, and Agios Spyridon on the north coast. All these are beaches and tourist resorts.

They are followed by the northeast village of Kassiopi. And the settlements of Agios Stefanos, Kerasia, Kouloura, Kalami, Agni, Kaminaki, Nissaki, Barbati. In an area called Sinies at the northeast of Corfu.

All these are quieter destinations for relaxing holidays. They have small taverns in beautiful bays with very clear waters. Areas to stay suitable for couples and families.

Going south down the east coast we arrive at Ipsos, Dasia, and Kommeno. All cosmopolitan tourist spots, followed by Gouvia, Kontokali, and Alykes of Potamos.

South of the City of Corfu, we reach Perama, Benitses, Moraitika, and Messonghi. Which are large beach resorts very popular among holidaymakers.

Followed by the fishing villages of Boukari and Petriti, with tavernas for fresh fish.

Alykes beach at further south can be visited by boat. There is a sandbank there, only 1 meter deep a long way out at sea, and a wildlife sanctuary on the shore.

At the southernmost point is Kavos offering lively nightlife for teenagers. Such as Laganas in Zante and Malia in Crete do.

If you are a bit older we suggest that you visit Kavos only for educational purposes. To see how the very young like to play.

During the day though you will probably have the lovely sandy beach almost to yourselves. These visitors tend to only come out at night and party the night away.

On the west coast from north to south. We find places as Agios Georgios Pagon, Paleokastritsa, Ermones, and Myrtiotissa nudist beach. Glyfada is very cosmopolitan and always busy, Pelekas and Kontogyalos were popular since the arrival of the first hippies. Further down is Gialiskari followed by Agios Gordios. Corfu airport and mouse island from a plane Corfu airport and mouse island from a plane

Then there are some undeveloped but magnificent beaches such as Gardiki, Alonaki. The vast stretch of Halikounas and neighboring Issos are next, on the way to the south.

These followed by the more developed beach resorts of Agios Georgios(St. George south), Marathia, and Vitalades. And in the far south are the small almost deserted beaches of Kanoula and Arkoudila.

Many of these beaches have awarded a blue flag because of the purity of their water. These long sandy beaches are among the best in Greece.

On the island, there are also two lagoons. The northernmost lake of Antinioti, and in the southwest is the lagoon of Korission. Each with its special biodiversity.

But of course, there is no end to what you can see during your holidays in Corfu. Even as you land you may fly over Pontikonissi (Mouse Island) and the neighboring islet of Vlacherna, connected with Kanoni via a small pier.

The old town of Corfu, full of vibrant colors and narrow streets between tall medieval buildings. Will make you feel like you are in another era.

The traditional villages that keep their traditional look are a tourist attraction too. Especially attractive in our opinion are Spartilas and Strinilas at the Mount of Pantokrator.

Old Sinies village, and Lakones above Paleokastritsa. Also various other villages of the northwest interior.

The villages of Stavros and Agioi Deka, near Benitses, are well worth the walk. Old Perithia village at Pantocrator mountain in the northeast is an abandoned village. Now being gradually restored to life and in true Corfu style.

The first buildings to be repaired have become tavernas and cafeneions.

Of course, no one who enjoys a holiday in Corfu should miss a visit to the Paxos islands.

Paxos is an island that has been called one of the 20 most beautiful islands in the world. Here, among other things to see are the huge sea caves with turquoise waters. Far larger and more beautiful than other similar Ionian islands caves.

Also, a visit to the Diapontia islands, Othoni, Erikousa, and Mathraki, is a real experience. It gives the visitor a chance to glimpse another world, with a slower pace of life – a fascinating world to discover.

There is also the island of Vido, opposite the old port of the city, a small paradise in an area of only 540 acres. The island is sacred to Serbs as there is a Serbian war cemetery there, containing the bodies of 1st World War soldiers.

On the island, there are no roads, but trails for walkers, a restaurant, and a bar. A pleasant beach is popular with the townsfolk.

Camps for children and young people and the historic restored church of Saint Stefanos.

There is a legend that Vido island used to communicate with the old fortress through an underwater tunnel built by the Venetians.

We do not know if this is true, but the Venetians had the ability to do it since underground tunnels linking the two fortresses of the city do exist. But are not accessible to the public.

The name of the island is not Vidos as incorrectly reported by many, but “the island of Vido”. Takes its name from a former owner called Guido Malipieri, Guido paraphrased to Vido.

In Corfu island, there are places with nightlife for every taste. Fun for young people both locals and tourists, and nightlife for Greek tastes.

These places are in the north of the city. But everywhere you will find bars for those who love good music. Also, all kinds of restaurants offering culinary treats.

At Kaizer bridge, for example, there is a restaurant where you can eat your dinner on a platform built out over the sea.

Using a car is not essential, although it can be very useful if you want to see as much as possible.

Whatever your tastes are, Corfu can be your favorite Holiday destination. Corfu is an island of huge interest and endless natural resources. An island that offers high-quality holiday standards in a variety of locations with natural beauty. Kassiopi is on the northeast tip of Corfu, looking across the narrow channel to the Albanian port of Saranda.
It has played a major role in the island’s history, as can be seen by the impressive ruins of the castle overlooking the harbor, It is said that Nero watched a play in the theatre.… Read More 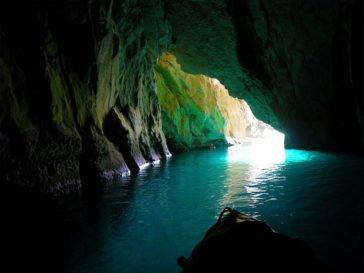