Tips for People who asked about Corfu Island

We give some direct and short answers below.

Does Corfu have sandy beaches?

Almost everywhere the sea meets the land there is a beach in Corfu.
And 90% of the beaches in the West and North side of the island are sandy, most are also huge with fine golden sand.

Beaches in the West and North side of Corfu are sandy and long, with exceptions for some south of the Paleokastritsa area which are mixed with sand and pebbles, as the famous Rovinia, Paradise, and Stelari that are mostly pebble.

On the Eastside, beaches are smaller with shingles, with exceptions here to be in Messonghi which is a large sandy beach, and the southern cape at Alikes of Lefkimi which is sandy but not so favorable among tourists.

Are there Beaches in Corfu Town?

There are some beaches in Corfu town, but not so picturesque or organized as in the rest of the island, we can say that there are parts of the coast where you can take a dive.

Under the old city walls and across the Old Fortress is Faliraki, a picturesque small rocky promontory, a beach reachable by steps from the main road above at Mouragia area, the beach is also called Mpania tou Alekou (Baths of Alex).

Also South of Garitsa bay and after Anemomylos dock, just under Mon Repos palace, there is the beach of Mon Repos, it was the former royal baths, it is preferred by locals and pupils for a quick dive.
Both are popular among locals.

Is the Sea warm in Corfu?

The sea in Corfu is very warm indeed, especially at the East coast where the proximity with the Hellenic mainland creates something like a lake with two relatively small openings at North and South end, so it is very warm at summers and not really cold in winters.

On the West side though the sea is a bit cooler especially around Paleokastritsa due to cold steam arriving there from the North Adriatic sea.

Where is Sandy Beaches in Corfu?

There are sandy Beaches almost everywhere on the West and North side of the island, these sandy beaches are separated from each other by small rocky areas.

The weather in Corfu per month?

For the average weather conditions per month basis in Corfu, better read more on the page about the weather.

Which sea is Corfu in?

Corfu lays on the North Ionian sea, on the borders with the South Adriatic sea, very close and exactly across the Hellenic(Greek) and Albanian borders.

What is Corfu famous for?

Corfu is an island famous for many.

It is the densest populated Hellenic(Greek) Island.

Corfu town is the only Kastropolis in Hellas(Greece), a city surrounded by the walls of two castles, the whole city is a UNESCO Heritage monument and keeps its multicultural character with Venetian, English, and French influences.

It was the first Hellenic(Greek) island that opened its doors to the first tourists.

In Corfu, there was the first Hellenic University that still operates today, the first bank, the first electricity factory, the first theater in the modern Hellenic territory, Esplanade square, the largest square in the Balkans, some say in Europe, the only cricket team in Hellas and is the place with the largest musical and intellectual tradition by far in Greece.

Corfu has the only Georgian style Palace outside the UK, the Palace of Saints Michael and George.

It is the only place in Hellenic territory never felt the Ottoman oppression.

What Language is Spoken in Corfu?

Hellenic, Greek for those who don’t know what Hellenic is, also almost all locals speak basic English too and many fluent English.

Better not to ask somebody if he or she speaks English, because they most probably do and, seriously it can be taken as an offense! Just talk straight away.

Older people still remember a local linguistic idiom called Corfiot dialect that is not used anymore though, only some words have remained to remind of the language spoked here centuries ago.

What food do they eat in Corfu?

In Corfu, they eat all food of the Greek cuisine, But Corfu has also its local cuisine that is influenced by Venetian cuisine and includes traditional recipes as Pastitsada, Sofrito, Bourdeto, Bianco, and many more.

Where were the Durrells filmed?

Durrells in Corfu was filmed mainly in Danilia village, a replica of an old traditional Corfiot village in Danilia area, also in parts of Corfu town, in Kalami bay where the family lived in the white house for most of its time in Corfu and in other parts of the island.

Is there a Volcano in Corfu?

There is a long-extinct volcano in the middle of Corfu island, it is the volcano of the mount of Agioi Deka, the crater was at the top of this mountain called Pantokrator, not to be confused though with Pantokrator, top of the other mountain at the north Corfu.

What does Corfu mean?

Corfu’s name means Tops, So the name origin is simple, the Latins took the Greek word Korfes and named the island after it.
The peaks(Korfes in modern Greek and Koryphai in ancient) of mount Pantokrator which has two equally high tops that can be seen clearly as a ship approaches Corfu island.

Is Corfu a real place?

Corfu is a real place, Yes, despite some rumors to the contrary!

Where is Corfu in relation to Greece?

Corfu is the Westernmost tip of Greece, in the borders of the North Ionian and South Adriatic sea, across the Greek borders with Albania, it belongs to the Ionian islands cluster.

What size is Corfu?

Corfu is a middle-sized island of 229 mi², it is the Seventh larger Hellenic island and has some satellite island clusters around it, i.e the Diapontia islands at the north and Paxos islands in South.

What is the Population of Corfu?

According to the 2011 census, the population of the main Corfu island is 97.000 inhabitants, while along with it’s satellite islands of Diapontia and Paxos the prefecture has almost 104.000 residents.

Why is Kerkyra called Corfu?

Kerkyra is the ancient and the modern Greek name of the island and the city.

Corfu is the name given to the island by the Romans, they took the Hellenic word Korfes (ancient Koryphai) which means Tops and named the island of Corfu.

Romans, later Latins, always used to borrow and change ancient Hellenic words, as they did with ancient religion and Gods, Culture, Arts, Sciences, alphabet, everything!
And they gave other names to everything they borrowed, also they used to replace the Greek letter K with the Latin C.

Is Corfu part of the EU?

Corfu is part of Hellas, therefore is a part of the EU!

Which Hellenic island is closest to the UK?

Closest to the UK is the island of Corfu, as it is the westernmost part of Hellas(Greece).

Where can Families go to Corfu?

Families in Corfu can go almost anywhere, but there are some places more suitable for families with children.
Check here for the Best Resorts for Families

Which is the prettiest Hellenic island?

There are many Beautiful Hellenic islands, the prettiest island is according to everyone’s taste.
Objectively speaking, Corfu is one of the most beautiful islands in the country.

Which Hellenic Island has the best beaches?

Where is the airport in Corfu?

Corfu airport is inside the Lake of Halikiopoulos, a lagoon West of Kanoni and South of Corfu town, inside the area that once was the Ancient Port of Corfu.

What is the airport called in Corfu?

More info for travelers to Corfu Corfu is a wonder of an island. Its golden beaches along with its salty seas... What better way to film a movie is on Corfu Island in Greece. With the... 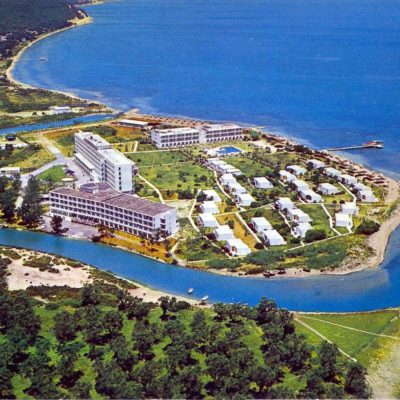 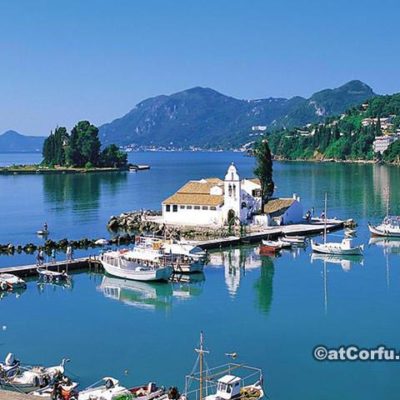 There are many Sports Activities in Corfu island, Diving, Skiing, and Sailing can be found... 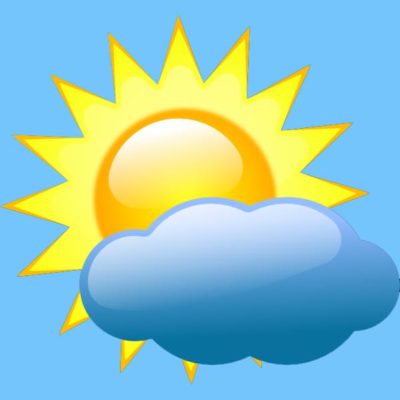 Corfu climate is generally mild and humid, with plenty of rain and mostly south or... 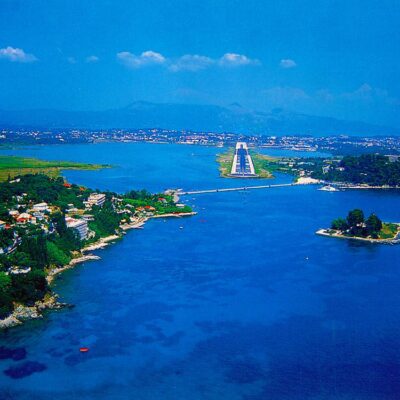 Corfu airport is located south of Corfu town west of Garitsa and Kanoni and north... 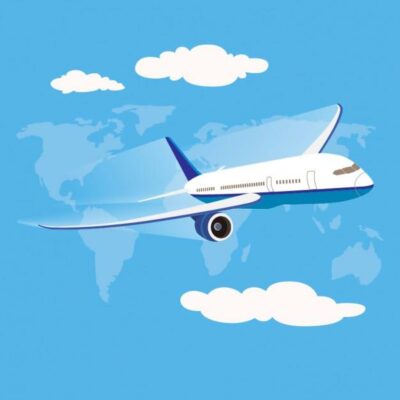 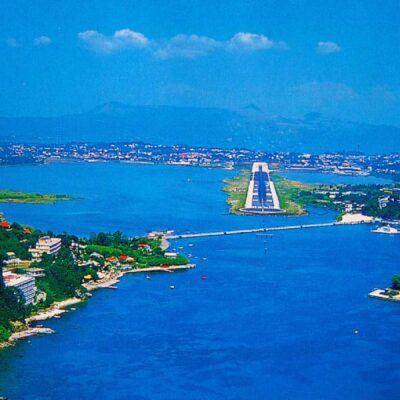 Most people seem to think that all the visitors to Corfu arrive on charter flights... In the 1970s when Corfu first became widely visited by tourists the season stretched from... During the British Protectorate (1815-1864) there were a number of notable residents on Corfu, not... 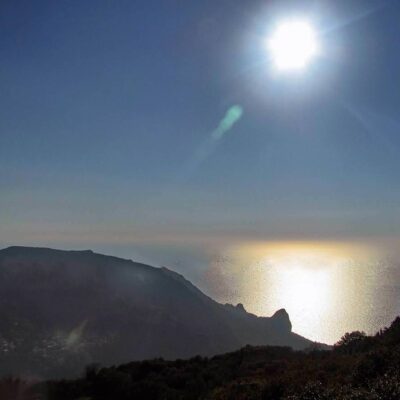 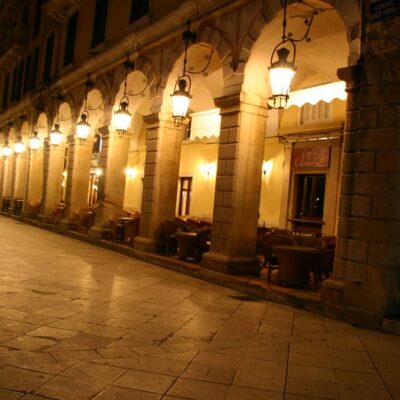