With a past so rich and a future too promising, Greece is amongst the best places to visit if you seek life-changing experiences. The unique culture, traditions, and customs of the place will not only leave you thrilled and entranced but much more learned.

With that said, we recommend all our readers to prepare themselves beforehand when traveling to Greece.

No – it won’t ruin your adventure.

No amount of preparation can truly, thoroughly prepare you for the magic of Greece. Even upon months of planning and prep, we tell you, you’re going to go there and ask yourself: why didn’t I look it up before?

Nevertheless, here are ten things that we think you should know. Scroll down to have a glimpse of the diversity of experience that awaits!

If this happens to be your first-ever trip to Greece, the best time to travel is April – May. It is the shoulder season, which is relatively cool and comfortable as compared to the high season, which ranges from June – September

The costs for car rentals and hotels are also not as high as the hot season.

October & November are also good months to schedule your trip to Greece, but we wouldn’t advise anytime between late November to Early April.

Seasoned travelers call this the low season, wherein the temperature’s too cold, and the buzz in the streets is almost non-existent.

2. There are loads of ruins to explore!

Now, the sound of the word ruins may not excite you. But trust us, this is what all those Greek legends are all about!

There are dozens of archaeological sites all across Greece, including:

Sanctuary of Delphi: This is the iconic place where the spirit of Apollo got filled into the oracle of Delphi. Historically, it is the prime worship place for Apollo and other gods & goddesses.

Corinth: Previously, Corinth happened to be one of the notable establishments in Greece. Later it got sacked by the Romans, which explains the presence of several magnificent Roman buildings there. You may also visit the temple of Apollo, the Temple of Aphrodite there, and the secret passage that leads to a shrine.

Ancient Epidaurus: Epidaurus is a historical place that’s a must-visit for music lovers. Here you will get to see the remains of music theatres that Greek’s still use for performances and live concerts during summers.

Acropolis of Athens: With four distinct pillars and the highest point of the city, it is amongst Europe’s most important preserves of the ancient world.

Ancient Olympia: This is the place where the very first form of the Olympic games was held once every four years, i.e., the Pan-Hellenic and Games. It is also the place of worship of Zeus (the god of the Greek gods).

Palace of Knossos: Located in Crete, the remains of this once-expansive palace is the place you will find the very famous labyrinth of the Theseus and Minotaur. Along with that, there are several artworks to explore
You will have plentiful bits of history to learn!

3. Driving is a tough job

The land of Greece is rough and tough. The roads move back and forth with loads of jumps and turns. You may feel as if you are on a mission during the first 10 minutes or so. But as time ticks by, your time on the road will tire you out. So, make sure you take sufficient breaks during the drive.

It is also a common opinion that local Greeks are highly impatient when driving. They may over-take your vehicle, speed up to get past you, and take turns at full speed. So, you should better let the locals pass first!
Moreover,  the Greeks drive on the right side of the driving lane. So, if you are from UK or Australia, you might find it difficult initially.

Given Greek road struggles, it’s best to keep yourself well-informed of the car rental services in Greece. Rented cars will conveniently get you to and from different destinations without draining your energy and busting a hole in your pocket. Most car rentals are pretty reasonable in Greece.

Lastly, you should know well enough about the Greek beaches. They rank as the best beaches in the whole of Europe and truly have magnificent views and magical feels.

Mykonos and Naxos have some of the most popular beaches of all. These are good for fun activities and relaxation respectively.

Lalaria beach also widely gets recognized for its mesmerizing emerald water and carpeting white pebbles that make the beach all the more beautiful. The beach offers a soothing and entrancing experience.

The same is true for Shipwreck bay at Zakynthos.

In total, there are about 400 beaches! (And nine marinas). Now, you can imagine the number of water-wonders and scenic beauty that Greece has to offer!

6. Best to explore as many islands as possible

Did you know? Greece has about 226 inhabited islands that house loads of excitement from watching sunsets to exquisite fests.

Most of them are only an hour apart if you travel by ferry. And with so much majesty and adventure all clustered in one place, we guess Greece will most probably rank on amongst the top yet again in the list of the best honeymoon destinations 2022!

On that note, we’ll advise you to visit as many islands as you can, instead of spending all your time at one.

7. Birthdays – Not a Celebration

It may sound strange, but the elderly of the Greeks do not celebrate their Birthdays. In actuality, the elderly may not even remember their birth dates because they associate birthday celebrations with self-obsession and self-centeredness. Instead, the naming days get celebrated.

On naming days, the Greeks arrange an open house and let willing people pay a visit to the person who got named. The guests may bring gifts. And the host arranges a feast. This celebration is similar to that of birthdays.

As a resident of any other country, you would naturally expect Sunday to be the busiest day of the week, at least on the streets.

But in Greece, it is vice versa. Sundays are the only days that some people get to rest. And so most bakeries, museums, shopping outlets, gas stations, and everything else is closed down. Some restaurants and coffee shops may be open.

No, no – don’t get Greeks wrong. They know the difference between afternoons and evenings. But they will still greet Kalimera, i.e., good morning to one another at any point of the day as long as it isn’t.

Greeks prioritize their midday nap over their night’s sleep. It is almost a part of the modern Greek culture to take some rest during 3-5 pm. Naturally, they tend to stay up late at night.

Children even have their extracurricular activities scheduled for 8 or 9 pm, while you – as a tourist – can easily think of making a booking or appointment at 11 pm! Greece is amongst the best places to visit if you seek life-changing experiences. With unique culture, traditions, and customs.… Read More A trip to Greece will remain in the heart forever, and today dreamers have a lot of books to read to feel like they are on the Greek islands.… Read More 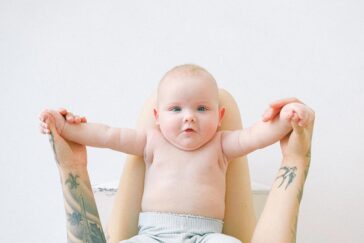 One of the richest sources of unusual and one-of-a-kind names is Greek mythology. Here are a few unique names to choose from for your baby. … Read More Hellas is the land of Hellenes, i.s the land of the Greeks. But why we call Greece Hellas and who are the Hellenes?… Read More Whether it is for a honeymoon or a summer vacation, Greece makes a fantastic tourist spot with tons of islands and scenic beauty. The country is full of historical sights, iconic culture, and amazing food.… Read More No other thing can bring a family closer together along with creating blessed memories than spending some good time with them in Greece.… Read More If you intend to travel to Greece, You’ll be most welcomed if you try to communicate with the locals using some basic Greek words.… Read More Here are some very typical examples of behaviors that represent what we call Malaka. Greek, English, and French Malakas in action!.… Read More